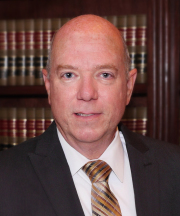 Glenn Westmoreland is an attorney with an emphasis on family law. Working in the 21st Judicial District, Glenn practices in Tangipahoa, Livingston and St. Helena, but he can also handle cases in every parish in the State of Louisiana. He is a graduate of Albany High School and Southeastern Louisiana University. He received his law degree from the Louisiana State University School of Law in 1985 and has been practicing law for over 30 years.

Being an active family law attorney, Glenn knows family court is very stressful and emotional for everyone involved. A family man, Glenn lives in Tangipahoa Parish with his wife Candace. Together they have eight children and eight grandchildren.