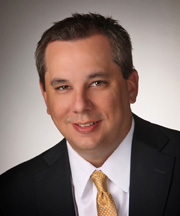 The Mack Law Firm in Albany, Louisiana, has been handling legal matters with top-quality customer service since Louisiana native and lawyer Sherman Mack founded the practice in 2000. After attending Southeastern Louisiana University on a basketball scholarship, Sherman received his Bachelor of Arts in Historical Studies in 1995. He subsequently attended law school from 1996 through 1999 and completed the program with a Juris Doctorate. Following graduate school, Sherman entered the legal world as a Clerk for the 21st Judicial District Court of Louisiana. From 1999 to 2000, he served as the Chief Clerk for both Judge Brenda Bedsole Ricks and Judge Wayne Ray Chutz, an experience that allowed him to refine his understanding of the legal system. He is currently serving his second term as a member of the Louisiana State Legislature.

Since Sherman started The Mack Law Firm as an independent attorney in 2000, he has cultivated the establishment's growth to four practicing lawyers with additional administrative employees. Dedicated to the satisfaction of those they represent, Sherman Mack and The Mack Law Firm have taken on a variety of cases over the past ten years, including cases regarding criminal litigation, civil disputes, personal injuries, family law, probate, successions, and other legal concerns.

Sherman Mack lives with his wife and three children in Livingston Parish. A longtime resident of the area, Sherman attended Holden High School, just down the road from his original office in Albany. A Deacon and Sunday School Teacher at Bethlehem Baptist Church, Sherman also coaches youth basketball﻿.﻿